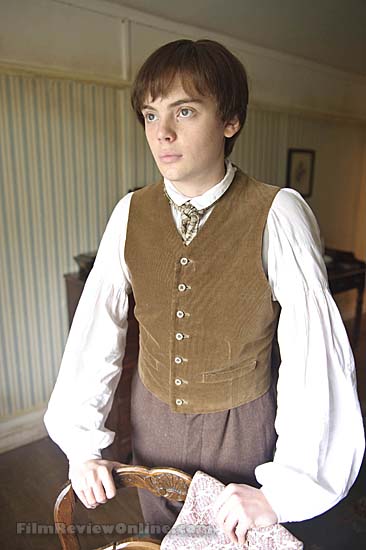 Ahhh yes, the young capitán! I’d forgotten about this character, but he is pretty key out there at sea, poor lad.

It appears that Charlie has just joined twitter, and had this to say about the announcement earlier today… (No sign of Gary Young on Twitter yet)

Thanks @Outlander_STARZ for the lovely welcome. Delighted and excited to be a part of the show!

Charlie is approximately 21 years old and was trained at The Royal Welsh College of Music & Drama. He is a singer and song writer, and plays guitar. He is best known for a costume drama/murder mystery called The Suspicions of Mr Whicher, a British series of television films based on the real-life Constance Kent murder case of 1860. Charlie plays Constant Kent’s younger brother, William Saville-Kent (who is an interesting historical figure). Continuing the Dr. Who thread that runs through Outlander on and off screen, Peter Capaldi, Scottish actor and 12th Dr. Who, plays Charlie’s character’s father, Samuel Kent, in the series. Here’s a peek at Charlie’s work. Quite a good young actor, IMO. I can see this guy being believable in the challenging role of Leonard, who becomes the de facto ship’s captain at the wee age of 19, was it?

Here is a sample of Charlie’s musical prowess

Welcome Charlie! How psyched are you to be going to South Africa with awesome Sam, Cait, Matt, Maril and crew??? Fersali! And More… A Peek at Land Con 2, in Photos 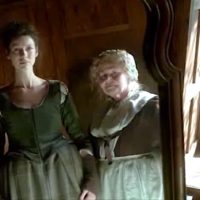 In Honor of Annette Badland, A Deleted Extended Scene from Season 1- Mrs Fitz and Claire