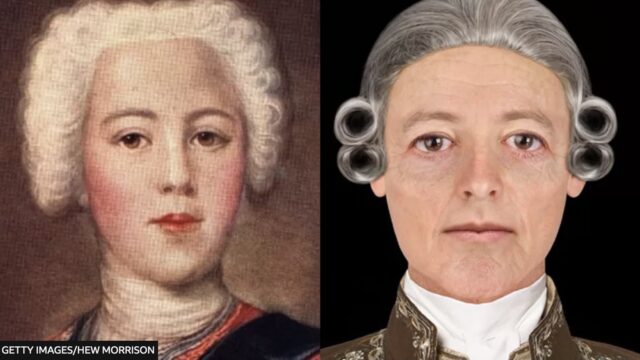 Cover photo, by Hew Morrison, Getty Images, BBC – “A digital facial depiction of Bonnie Prince Charlie created using a death mask made of the prince after he died in 1788 aged 67.” (To read more about Hew Morrison’s fascinating work, including a digital depiction of Ava, a woman who died in the Scottish Highlands more […] As of 6:51 Mountain Time on 5/19/22, this trip is officially sold out. If you did not get a spot and still want one, I strongly encourage you to get on the waitlist.  Click on the Registration and Payment page link and you will find the waitlist signup there. Thanks to everyone for the massive […] Photo: My first trip to Scotland, Culloden Moor, November, 2014 Today marks the 275th anniversary of the Battle of Culloden, which happened on April 16, 1746, and as most of us know, effectively ended the Highland culture and way of life in Scotland. I did a piece on this back on the 272nd anniversary, which […] Today is St. Andrew’s Day in Scotland. In honor of the day, I found this video of two very Scottish Scots, answering questions about Scottish language and culture. In case you don’t already know who these fine blokes are – on the viewer’s left is Àdhamh ÓBroin, Gaelic consultant for Outlander, who translates the scripts […] Rob Licuria interviewed Jon Gary Steele about his work on Outlander over the last 5 seasons… Gary deserves an Emmy!!! and more! Be sure and catch our latest OutlanderBTS discussion on Episode 512, Never My Love.  Enjoy…     For our Season 5 Episode discussions, catch up here: Episode Discussions.  For Droughtlander material, go here: Reader Favorites. […] Cover Photo: Duncan Lacroix, Instagram Many congratulations to the hardworking cast and crew of our favorite tv show! Thank you so much for all of the energy, love, hours, sweat, and tears you ALL put into this production. I did a What’s New yesterday, reporting that filming wraps today. We also had Sam’s Twitter Q&A, […] Photo: Season 1, Sam and Cait, from Sam’s Instagram First day of filming, Season 5, continued… Part 2. After lunch, Sam unwrapped an early birthday present. His birthday is coming up on April 30th, and it’ll be his last as a thirty-something-year-old. Yes, the big 3-9, and he got some wheskay to celebrate.  Another hurry […] Sam is back in Jamie mode as of today, and gives us a glimpse into a day in his life. Here are some shots of Sam’s first day of filming for Season 5. Wahooooo!  First, coffee… I think late start means they didn’t have to start at the usual very early time. Usually Sam gets […]