In an interview with Scotland’s The Herald earlier this month, Diana said filming was on schedule. “There are 13 episodes in season three and they are right in the middle of the sixth episode. They filmed the eighth episode already – they were out of order as they needed to accommodate one of the actresses’ (hmm, Geneva? Mary McNab?) schedules. So they have about six-and-a-half episodes in the bag, which is just about where they should be.” (This interview was about 2 weeks ago, so they should be in the middle of episode 7 now).

Diana’s frustration about the books being classified in the Romance genre is not news, but this article lays out her thinking in more detail than I’ve seen before:

…she deliberately subverted traditional romance novels by making the character of Fraser a virgin until he meets Claire Randall, who is older and more sexually experienced.

She said the twist came after she published extracts of her very first book online, triggering debate among readers about what genre it should fit into.

“There was one sex scene,” she said “and someone said ‘this reads a little bit like a romance novel, do you think you are writing a romance’?

“I said ‘I don’t know, I have never read one’. So when I went for my groceries I bought three bestselling romance novels. I’m sure it was complete coincidence, but every single one of them had an 18-year-old virgin heroine and a much older man about 35 or so.

“In two of the three the heroine was raped before being rescued by the gentleman – I said I am obviously not writing this kind of book. That is how he (Jamie) became the virgin and Claire the more experienced of the two.

“Once Black Jack Randall came onto the scene it was obvious to me what he actually wanted.”

The article also touches on the character of Mr. Willoughby, (played by actor Gary Young, (CLICK HERE to see that post), which promises to be another potential hotbed of controversy, due to racial stereotyping (even though we _are_ talking 18th century here, I mean, has anyone read The Hardy Boys lately??)

She revealed the character is based on the story of a Chinese immigrant known as Mr Hu, who mysteriously arrived in Edinburgh docks in the mid-18th century.

“No one knew how he got there – whether he had stowed away, been kidnapped or whatever,” she said. “He couldn’t speak English – and he never would speak English as he was so traumatized by being in the midst of these barbarian strangers. People felt sorry for him as he was at such odds and so isolated, and would give him food and places to sleep and clothes to try and help him. But he just could not make connections anywhere and he finally drank himself to death.

“It was a very tragic story but it made me think. That is where Mr Willoughby came from – he was a real person, so to speak, and it also caused me to think of cultural isolation and perceptions and so forth.”

She added she had only ever had a couple of letters of complaint in relation to the character, from people of Chinese descent who were angry that Mr Willoughby was described as short in the book.

“I understand not all Chinese people are short,” she went on, “but you cannot have a representative sample of all Chinese people in this book – he is one character and has to be one size or another. Given that both Jamie and Claire are abnormally tall for their time, they are almost bound to see them as short, and it is their viewpoint. So no cultural offence is intended.”

Finally, the article updates the book stats, which I find interesting, and thought you might too. Book sales are up to 28 million books, published by 43 different publishers in 29 languages.

Pretty cool stuff. And, couldn’t happen to a nicer woman. For Diana, on your Birthday

Diana on Jamie’s POV, Visceral Reactions, and Book vs Show 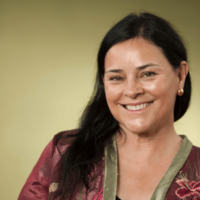 Diana Sums up Each Outlander Book… in One Word 5 comments on “Diana on the Origin of Mr. Willoughby, S3 Filming Schedule, and How Jamie Became a Virgin”