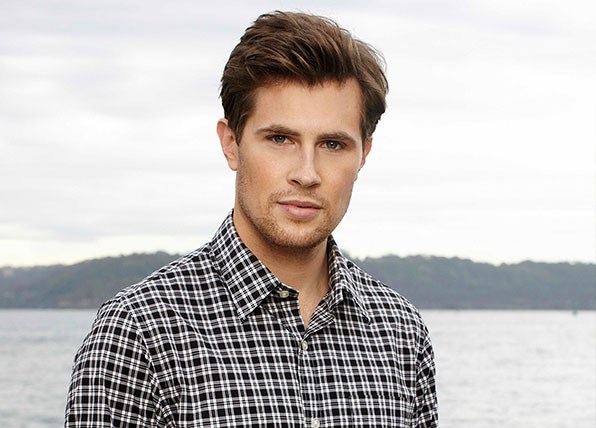 News broke in August the A Place To Call Home star had joined the cast of romantic time-travel series Outlander.

It would have come as a bit of a surprise to fans of both series.

Even David himself was a little caught off-guard at being cast as Lord John Grey in season three of the international hit.

“I’ve had very little time to feel anything,” David tells TV WEEK when asked how he feels about joining the show. “I was literally out the audition door and onto a plane for Scotland.”

It’s been a whirlwind few months for David, but the actor says he’s fitting into Scottish life just fine.

“Filming has been wonderful,” David, 32, who is currently on screens in Foxtel’s APTCH, says. “The cast and crew are better than I could have imagined and the people of Scotland andOutlander fans have been extremely welcoming.”

Lord John is an Englishman, meaning David has had to make sure his vowels are neatly clipped. It shouldn’t be too much of a problem, given the accent of his upper-class APTCH character, James Bligh, was hardly classic “Strine”.

“I’ve been told my English accent is perfect,” David says. “But, I have a wonderful dialogue coach on set to help me if my Aussie accent ever leads me astray.” (Assuming that would be Dialect Coach: Carol Ann Crawford )

Interestingly, as characters, James and Lord John may not be as different as you might think. Lord John is secretly gay, as is James in APTCH – although the latter’s family is aware of his sexuality.