I’ve been to one Outlander gathering before, this past March in Cologne, Germany. I enjoyed it so much that I bought tickets for this one, in London. The beauty of these European gatherings, for me, is their relaxed nature. They’re kind of like an Outlander retreat: an opportunity for fans and actors to mingle, among themselves and with each other, to learn more about one other, have fun, and become more solidified as a community. With a sample group of two (so far), I can say there’ve been pro’s and con’s in the way each has been run. Obviously, a salient checkbox for the organizers and actors is making money. That part can feel OK or a little weird. As we stood in many lines on day 1, choosing how to spend our money, I joked about being at a flesh market, with different prices for different men and the various services offered. It’s not weird, actually, owing to the one consistent positive across both experiences: the attendees. There is an underlying caring in this Outlander community, among fans and artists alike, and it’s very prevalent.

This Con was no exception. We fans mingled and made connections, and once the cast showed up, the real fun began. We mostly stood in lines on Day 1 with a brief opening on Friday evening, headlined by Steven Cree, Stephen Walters, Grant O’Rourke, Duncan Lacroix, Gary Lewis, and Graham McTavish.

Duncan looks a bit like he sees the Duke of Sandringham in the crowd ? ? In the last panel, I asked Graham, Gary, and Duncan to tell us how the others are like their characters or not. Graham said that Duncan is actually a lot funnier than Murtagh.

It was a pleasure to witness the genuine mutual respect and admiration these guys have for each other.

The next day, there were paid photo ops and autographs with Q&A’s interspersed. I particularly enjoyed the Q&A’s.

First up was the very handsome and funny Steven Cree, about whom I know the least. When he said his hero is his mom, ? I mean, as a mom who has a son, forget it. Insta fan here. Paul Newman has also been a big influence.

@MrStevenCree quote: I would to be cast as Ian Murray junior. Any producers listening?

@MrStevenCree quote: wearing the wooden leg was painful at the start; I needed physiotherapy for the first 2-3 weeks till I got used to it

I asked Steven if it works out well that Jenny is pregnant a lot since Laura Donnely is pregnant. He said he hasn’t seen her in a while and I asked if there will be any Jenny and Ian sex scenes…

@MrStevenCree quote to @Courtilini14 are you asking me if I am pregnant? There will be sex scenes between Ian & Jamie! #effingriot

Next were Sam and Duncan… When asked if they had any funny stories about continuity issues, like having a mobile phone in a scene, etc. Sam and Duncan said they don’t have to worry about that because their sporrans are so handy, everything fits in them. And later Sam said…

@SamHeughan quote: an extra wore sunglasses for an entire scene during shooting this week #continuityissues #Highlanders

About the fact that Sam is a certified fencing instructor, Duncan said…

@LacroixDuncan to @SamHeughan: I challenge you to a duel!!! #Highlanders When asked about their favorite scene together, they both agreed on the brooch scene in the wedding episode, Season 1, when Murtagh gives Jamie his mother’s brooch. They also liked a deleted scene, when Murtagh talks about his first love. I think this is it… When Roma asked this question…

Question @GrantORourke and @StephenWalters do you like the names Big Head & Lard Bucket? Grant: not at all. Insult https://t.co/39LIMZUR2h

On working with horses…

@GrantORourke and @StephenWalters horses are really bad actors! If I was director, I'd fire them! Dont stand where they should, fart lots

@GrantORourke @StephenWalters fave scene together: getting the ring for Jamie, cattle scene (running around beating them with sticks)

@StephenWalters @GrantORourke Stephen inisited on real blood for his death scene so we drained a rabbit! 😱👀😂 #Highlanders #joke

Next up… to be continued… 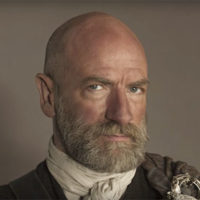 11 comments on “OutlanderBTS Adventures: Gracious, Humble, and FUN!!! Most of The (Male) Cast of Outlander @Starfury, Part 1 (Thank you Guys!)”