First, let me say, we’ve almost made it!!! The Season 4 premiere is TWO MONTHS AWAY! We’ve waited this long, another two months is nothin’!

You’ve no doubt heard about Graham McTavish’s new film project – This Guest of Summer – for which he’ll make his directorial debut? Well, the final perk has just been released, and it involves that mischievous and irresistible Richard Rankin. The campaign only goes for a few more days, so if you haven’t gotten involved, now’s your (last) chance.

And just why am I involved? Well, I happen to like Graham, for one. And two, Stephen Walters and Duncan Lacroix are joining the cast, and I’m very fond of them too. So, I’m helping spread the word and raise funds now, and I will be doing BTS cast (and director) interviews once production starts, which of course I will share with you guys! ?

Thanks in large part to Outlander (and Hobbit) fans, the fundraising campaign is kicking major ass: your generous contributions have raised $210k so far, which is more than Graham and the production team ever dreamed of. Our community ROCKS!

To get involved, or to get more involved, and be entertained by the inimitable Richard Rankin, go to This Guest of Summer Fundraiser. And don’t forget. you can also see a lively discussion about the film (and Mr. Heughan) between Duncan and Graham… as well as spoof auditions between Graham and Caitriona… and Graham and Sam… And for two lucky folks, you can drop a wad of cash and get a personal tour of Castle Leoch – Doune Castle in Scotland, lead by Mr. McTavish, himself. This perk also allows you to attend the premiere of This Guest Of Summer + dinner and a cocktail reception with the cast. You also get co-producer status and will appear in the credits of the film + more.

Some of youve been asking what the fund is exactly for. It takes so much money to make a film and being able to go into the process with this much already in hand means investors will take us much more seriously. The money given is so crucial to getting this film off the ground.

We’ve smashed through 200k for our Indiegogo campaign for #ThisGuestOfSummer A big shout out and Thankyou to EVERYONE who has helped. 3 more days to go!!!! And then I shall leave you in peace. Couple of more perks to come…..@nolan_north pic.twitter.com/cMAujht9gJ

For an update on all things Outlander Season 4 and 5, go to my last post – OutlanderBTS What’s New S4 &S5. 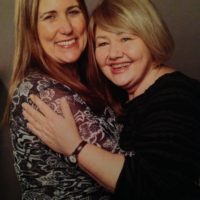 A Wee Bit Of Roger and Breeeee