*The Season 3 DVD, Blu-ray, and Gag Reels will apparently be out in the US April 10th.

Rumor has it that among the extras will be Sam and Cait’s original chemistry test from their first meeting back in August of 2013. If it’s true, that will be pretty fun to see.

In the meantime, have a look back at the Season 1 and 2 gag reels, just for fun, while we wait…

*I’m told by people who’ve preordered the Season 3 DVD that Amazon has confirmed a release date of APRIL 10th, 2018 in the US. However, Angela, from Perth Australia, saw an advertisement at a local store saying March 7th, and Christa, in Germany was given a March 5th release date by Amazon. So, we can say this – wherever you are in the world, the Season 3 DVD/Blu-ray is coming soon – in the next 2 months! ? (Thanks to Ruth, Angela, Bella, and Christa for the global release info!)

Fingers crossed that Sony releases the gag reel and a few deleted scenes soon to whet our appetites! 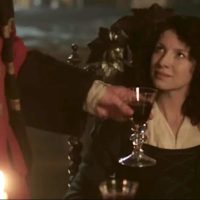