Photo: The Scotsman, A torchlight procession along Princes Street and up Calton Hill is typically part of Edinburgh’s Hogmanay celebrations. Image: Ian Georgeson

In this article, The Scotsman outlines why Hogmany is more popular than Christmas in Scotland, and makes mention of Sam’s favorite holiday tradition: First Footing.

“The reason for everyone celebrating new year was that people needed something to make them happy and they weren’t allowed to celebrate Christmas!”

Someone asked their favorite Scottish holidays, and Sam told us his is First Footing. This involves going from house to house after midnight on New Year’s Eve to welcome in the New Year. He’s from such a small town, that people would leave whisky and biscuits and then go out. You would arrive to wish people a happy new year and find their house open, so you’d go in, have a drink and then go on to the next house. He really loved that tradition. Steven agreed and said he also likes Robert Burns day. For more info on First Footing, CLICK HERE and HERE An estimated 8000 torchbearers, led by the Up Helly Aa Vikings from Shetland and more than 100 pipers, illuminated Edinburgh from George IV Bridge to Calton Hill during last year’s Hogmanay celebrations. Image: Neil Hanna
While much of the world celebrates the beginning of the New Year, few are as passionate about it than the Scots.

Scotland’s raucous new year celebration is the descendant of a Viking festival which acknowledged the winter solstice. In addition to this, Christmas in Scotland was a very muted affair for over 300 years, as it was seen as a Catholic festival by Scottish Protestant kirks and duly banned after the Reformation.

As well as banning the celebration of Christmas, Scotland was one of the earliest nations to change its New Year’s day from 25 March to 1 January; marking a clear moment in winter where one year ended and one began. Crucially, though, it gave the nation another event to celebrate that was culturally distinct from Christmas and its Catholic connotations, with presents exchanged and family and friends reuniting during Hogmanay.

In reference to the ceremony’s Norse roots, firework displays and torchlit parades are still common over Hogmanay throughout Scotland, with the Stonehaven Fireball Ceremony one of the most famous in Scotland.

One of the enduring characteristics of the celebration is to “first foot” the house of a neighbour, friend or family member. To bring good luck to the home, the first person to visit the home after the stroke of midnight should be a dark male with whisky, coal, shortbread or even a black bun. This tradition is believed to refer to Viking times, when the sight of a blonde stranger at your door was likely that of a Viking invading enemy instead of a well-wisher. 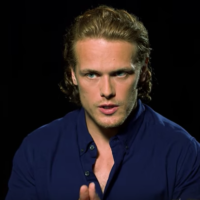 2 comments on “Why Hogmany is Bigger than Christmas in Scotland; More on Sam’s Fave Tradition, 1st Footing”