Photo: David Berry and Charles Vandervaart talking with the director on the set of Wilmington, Season 7

On June 1st, 1991 Outlander was published, setting the wheels in motion for millions of hours of reading, for millions of people all over the world. Outlander has influenced and changed the lives of so many over its 31 years in published form. Outlander has literally changed the GNP of Scotland, it has provided jobs for thousands of people who do and have worked on the show, and most particularly, one Sam Heughan and one Caitriona Balfe. Wow, what a ride. And the amazing thing is – it has all come (and is still coming!) from the brilliant mind of one person… Diana Gabaldon, Herself. I mean

For World Outlander Day, Diana gifted us with an excerpt from Book 10…

“What are you thinking?” I asked. “I know it’s about William.”

“Oh, aye?” He glanced at me, mouth curled up at one side. “And what do I look like if I’m thinking of William?”

“Like someone’s handed you a wrapped package and you’re not sure whether it’s something wonderful, or a bomb.”

That made him laugh, and he put an arm around me and pulled me in close, kissing my temple. He smelled of day-old linen, ink and hay, and the dribble of honey that had dried down the front of his shirt, like tiny amber beads.

“Aye, well, one look at the lad and ye ken he’ll explode before too long,” he said. “I only hope he doesna damage himself doing it.”

And Starz gifted us with a video compilation of actors on location, filming Season 7…

The start of Season 7 filming was announced by Starz on April 6th of this year, which means they’ve been in production for a full 8 weeks now. It takes about two weeks to film one episode, which means if they’re running on schedule, they should have about 4 of the 16 total episodes for Season 7 completed. That’s pretty fantastic in my book, as we aren’t even really feeling the sting of Droughtlander just yet, are we?

I spied a Wee Mandy in the above clip, and of course William, Lord John, little Stephen Bonnet look alike Jemmy, Young Ian is dancing in his wig again, and Richard has his beard back! What else did you catch?

Young Ian texting in church… better than what Obediah and Malva got up to in there?

From Cait: Happy World Outlander Day … (still can’t believe we got a day!!) 💗 From Sam: Some bts from the last day shooting Season 6, with some great friends old and new!
(Oh and our treat: a fish supper!) #WorldOutlanderDay – Throwback to my last day on Season 6. Got to watch my fellow 9% @RikRankin give the performance of his life… I’m still in awe. pic.twitter.com/E5zb8QmFn5

The best fun with the best people. Happy #WorldOutlanderDay! Immense amounts of gratitude for the greatest fans, @Writer_DG, and for being a part of such an incredible show. #Outlander pic.twitter.com/C8xfMLODR8

I am personally very thankful for Outlander and all of the positive people and experiences it has brought into my life, including you, Dear Reader, thank you Diana G!

Have you met Charles Vandervaart (who is playing William in Season 7)?

The BTS Lasses have decided to go back and fill in the episode discussions we missed in Season 4. We discuss #BTS401 next week! Stay tuned.

We did Episode 605 recently, in case you haven’t seen that one…

Have a wonderful day or night! x 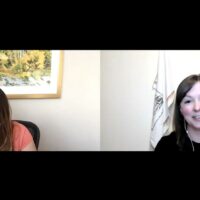